It’s time for another big release of Astra!

Astra now supports updating your boot patches on startup, which is big news and a nice first step towards proper patching support! To clairfy, your “game boot” is the files in the boot folder in your game directory. This includes stuff like the official launcher, ffxivboot.exe, among other things. This happens transparently when you log in, just like the official launcher does. 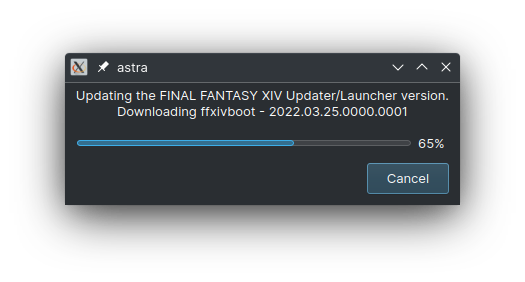 While this is no proper game patch support, I plan to temporarily remedy this in a minor release soon. You’ll have a choice between several “patchers” (my experimental one, XIVQuickLauncher.PatchInstaller, maybe official?) you can choose from when the game requires an update.

Astra can now install the game for you if you don’t have it installed already! Unfortunately due to unshield (the library it uses to extract game data from the installer) is not yet available for Windows, so this feature is limited to macOS and Linux users at the moment. I hope to have this fixed soon, but this is a neat feature nevertheless.

Now at long last there are now prebuilt binaries available! I’m very sorry this took so long, but I wanted to make sure the launcher was in a good place before I started distributing it to users that aren’t developers. Check out the Install page for more information!

You can now view the current banners, topics, and other news right inside the launcher! Minimalist users can find that they can individually turn off banners and/or the news list, if they prefer the look of the old launcher. In the future I plan to expand this feature even further, but this should now be on par with other launcher’s offerings. 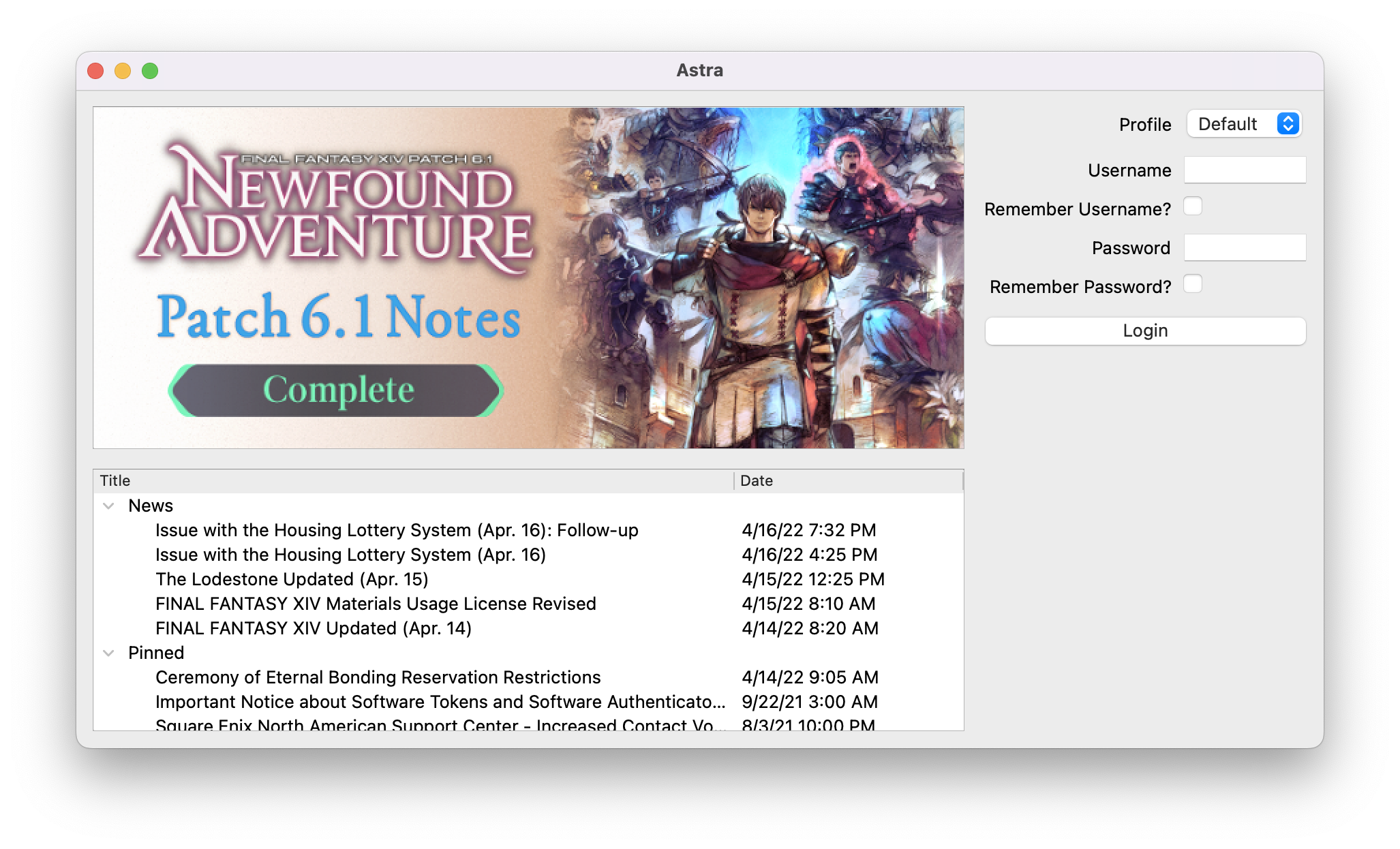 The asset updater got an overhaul, and now will display in a pretty little dialog window that is now cancellable! Fortunately, this dialog should never show up as the gooatscorp CDN and my webserver is fast enough that you usually won’t see it. 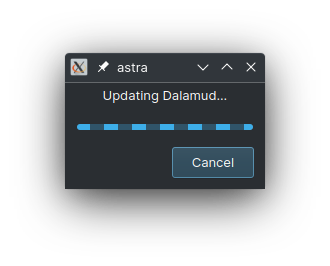 Thank you @mariakeating for fixing these bugs!